The Outline of the Shapes Within The Band of Circle

The band of circles 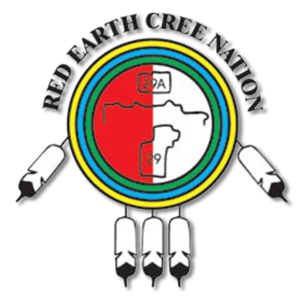 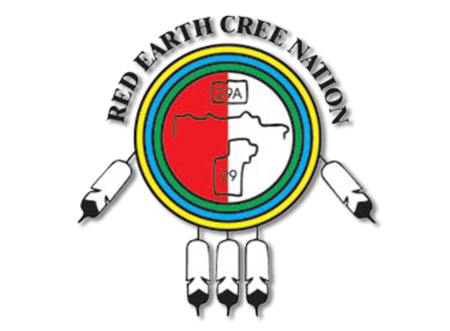 Red and White Background Within the Circle of Bands

The “red” and “white” are also the official colours of the Red Earth Cree Nation.

That we are the Red Earth Crees (Nehiyawak) of the Original Tribes of People of this land.

When this Treaty is signed it is up to you to point out to us who the people of your nation are.

What you have shall be. We will maintain what you have and then we will put promises and protection on top of what you have. And what is that on top? All of these things that we said and the protection of the Crown. The Queen’s authority shall surround you. She will protect you from encroachment of taxpayers, and land speculators…she will protect you from the certain encroachment on your personal lives and your culture…and from the settlers that will come…and you will be just as wealthy as they are.

"as long as the sun shines, the grass grows and the river flows..."

There are three (3) coloured bands – yellow, blue and green:


The Yellow Band represents the Sun,

The Green Band represents the Grass.


Together, the Bands represent the Spirit and Intent of Treaty and the Treaty-Making Processes entered into between our Nations and the Crown of Great Britain and Ireland – and the understanding of our ancestors that the covenants, principles, promises and relationship arising from the Treaties and our Treaty Rights would be for:

…as long as the sun shines, the rivers flow and the grass grows….

The band of circles represents the “circle of life” or “cycle of life:” – there is no end and no beginning – from birth to the Spirit World – that Our People live on from generation to generation.

The circles also represent the unity and strength of Our People.

In 1875, The Winnipeg Treaty or Treaty No. 5 was signed at Norway House in the region now known as Manitoba. Our Red Earth Cree Nation is affiliated with Treaty No. 5 by virtue of our inclusion to an adhesionto Treaty 5 signed in 1876.

In this respect, the five (5) feathers represents our affiliation alongside other First Nations to Treaty No. 5.

The five (5) feathers represent, as well, the five (5) main Cree place names by which we associate our reserve lands: